Explore dispersal in the ocean

Map where non-swimming particles are moved by ocean currents

Click on one of these actual tarpon spawning locations, then select a year to discover where tarpon larvae end up after being carried by ocean currents for 28 days.

Explore dispersal in the ocean

Ocean models can predict where passive particles are moved by ocean currents. Particles can be fish eggs, plankton, oil droplets, debris, chemicals, or any other non-swimming thing.

Here we modeled where tarpon (Megalops atlanticus) eggs are carried by ocean currents for 28 days from known spawning sites in the Gulf of Mexico.

Tarpon spawn mid-water column. Fertilized eggs hatch and drift as weakly swimming larvae for 24 – 28 days before recruiting to a population. This modeling did not include mortality or other biological properties. The purpose is to show potential dispersal.

While the Gulf of Mexico may seem like a vast body of water, you might be amazed at how connected seemingly distant points are.

If you like to catch tarpon in the Florida Keys, you should think about conserving marine areas as far away as the eastern Yucatan Peninsula. Distant populations can contribute to the Florida Keys just as much as nearby West Florida Shelf populations. 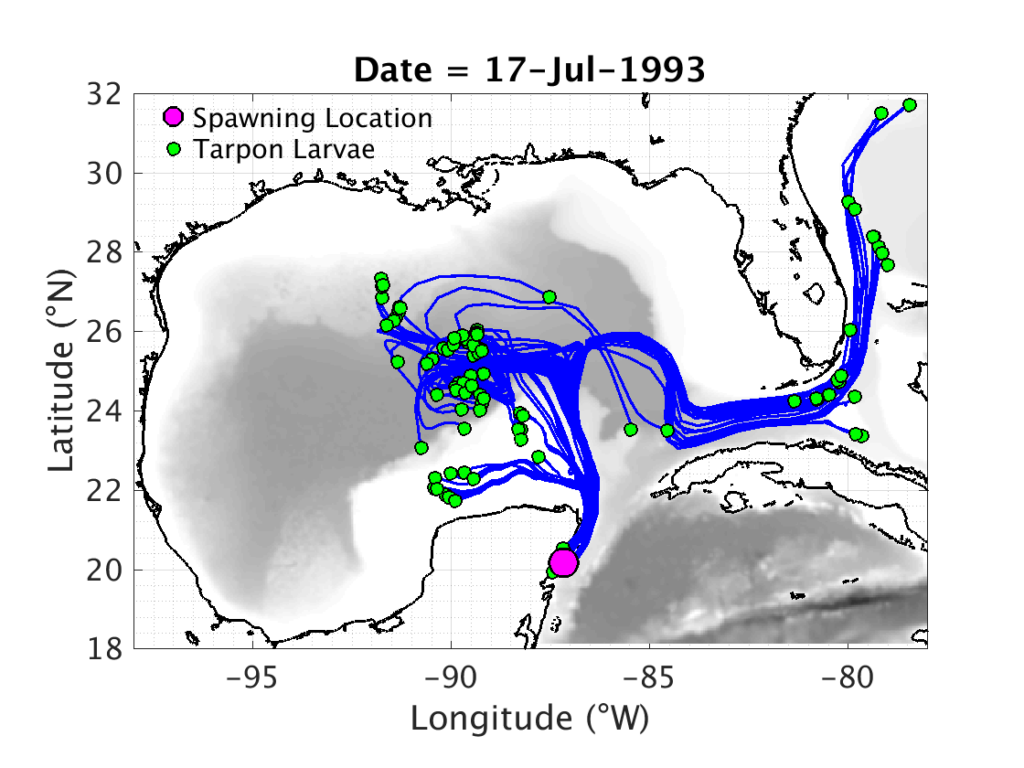 We are eager for input from users and potential users to make this tool useful for a wide array of applications. Contact us (info@fathomscience.com) to discuss specific use cases and functionalities.